‘He’s Not the Messiah, He’s a Very Naughty Boy’

There is a scene in Monty Python’s ‘Life of Brian’, which reminds me, in a strange kind of way, of schools and their teachers. It’s the scene where Graham Chapman, as Brian, is being chased by a band of followers, who are convinced that he is the Messiah. As the group moves on, a character played by Spike Milligan shouts for attention, convinced he has the answer to their prayers. The group ignores him. They walk off in another direction. He shrugs his shoulders. He walks off in the opposite direction. 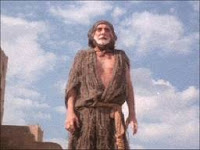 There are various ways to metamorphose this scene into schools, especially in the current CPD context. The group are completely ignoring the one man there claiming he has the answer. How many times has someone popped up in your department with a sure-fire way of improving Learning and Teaching, be it Writing/ Reading/ any other thing we do every day, badly, allegedly? And how many times has this person been ignored and dismissed as another ambitious wannabe manager looking for a foothold on the ‘golden’ ladder of promotion?
But what about Spike, himself? Giving up at the first sign of any obstacle to dispensing his vital, perhaps even crucial, view of the problem area. Give up. Nobody is listening anyway. Sound familiar?
However, you could see the real culprit as the so-called messiah figure who always seems to be disappearing round the corner at the least opportune moment. I’ve been teaching for almost twelve years now and in that time I’ve experienced several of these remote messiahs. Currently ‘Co-operative learning’. And very often I blindly follow, hoping for the answer, just around another corner, just out of reach.
In 2004, I undertook my first Chartered Teacher module and thus, became a potential Spike Milligan – without the good jokes, of course. Yes, I have found myself preaching to the ‘won’t-be-converted’ at times and a soul-destroying feeling it can be. But the point I am trying to make is that, unlike old Spike, it is crucial that those with a voice, be it Chartered Teachers or anyone who has something to say, keep on shouting until they are heard. The Chartered Teacher programme should have I think, in time, changed the perception that anyone shouting loudly has a hidden agenda. Perhaps we do have the…gulp…good of the profession at heart. The financial benefits are fairly transparent so why should we be looking for promotion? 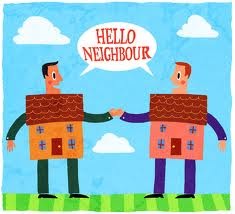 There is a growing voice amongst teachers that effective and beneficial Staff Development will come more and more from inside our own departments. So why shouldn’t it be the Chartered Teachers who lead the way? All too often we bite our thumbs at outsiders who haven’t taught in years, coming into our schools on In-service days, claiming they know the answers. And very often the answers may be next door, in the classroom of a colleague who we’ve taught beside for years. The times they are a-changing and the days of searching for a hero are well gone, I’m afraid. Open up your doors, my friends! Walk six feet and listen. You never know. Spike might have something important to say after all.
P.S. I never got round to finishing the Chartered Teacher programme...maybe one day.
Posted by Another Rambling Teacher at 10:07